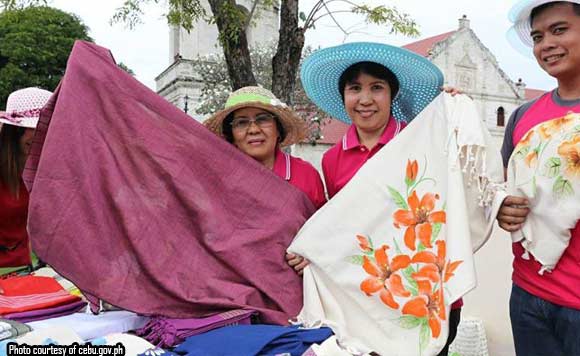 Cebu is eyeing a boost for its faith tourism with the success of its recently concluded “Suroy Suroy Sugbo” Southern Heritage Tour.

Many of the participants in the first of four tour legs in this year’s edition of the religious event were balikbayans, the provincial government said.

The event was doubly sweet for the tour’s organizers, who had to clear matters with the Commission on Audit for about a year.

“For a while, there were some comments from COA, but we were able to convince them. This is one of the best promotions that we can do to our province. I must say this year’s Suroy Suroy is even better and more focused on faith tourism and ecotourism,” vice governor Agnes Magpale said (http://www.cebu.gov.ph/news/success-suroy-2018-kick-off-faith-tourism-focused/).

Magpale is the provincial board’s chairman for tourism and heritage.

“We visited some of the province’s oldest churches, went to Samboan’s Aguinid falls, and even learned about Alegria’s organic farming, to name a few. I am glad to see guests helping themselves with what Cebu has to offer,”
he said.

He said the second of the four Suroy Suroy Sugbo 2018 is scheduled this summer in Camotes Island.

At least 41 guests, mostly overseas Filipino workers and retirees from Canada, Texas, and Australia, joined the three-day, two-night tour from Jan. 24 to 26.

The “Suroy Suroy” is expected to boost the Department of Tourism’s focus on faith-based tourism, which aims to attract pilgrims from all over the world.

DOT Secretary Wanda Corazon Teo said she is eyeing a budget to help in the restoration and preservation of the country’s old churches and historical shrines.

During the trip, Argao mayor Stanley Caminero showed off the town’s well-preserved Archdiocesan Shrine and Parish of Saint Michael the Archangel.

For its part, Samboan town presented to tourists the recently completed painting of its church’s ceiling, done by artist Leonardo Ortiz and the cooperation of National Historical Commission of the Philippines, Fr. Bryan Brigoli and the Samboan town government.

One of the Suroy participants is Mary Eveline Lim, who has been working overseas for 43 years. She travelled with her brother Sergio.

Lim added that the Boljoon church is one of her most unforgettable stops.