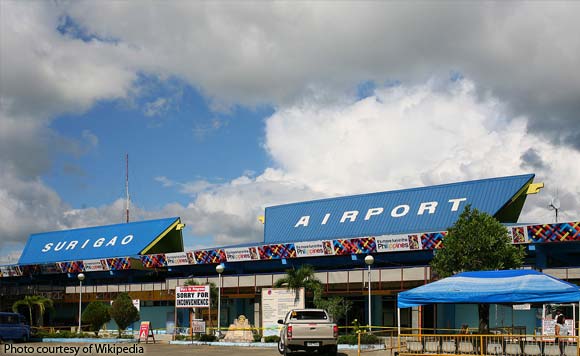 0 362
Share
Want more POLITIKO News? Get the latest newsfeed here. We publish dozens and dozens of politics-only news stories every hour. Click here to get to know more about your politiko - from trivial to crucial. it's our commitment to tell their stories. We follow your favorite POLITIKO like they are rockstars. If you are the politiko, always remember, your side is always our story. Read more. Find out more. Get the latest news here before it spreads on social media. Follow and bookmark this link. https://goo.gl/SvY8Kr

The Civil Aviation Authority of the Philippines (CAAP) on Thursday, February 23 announced that quake-damage Surigao Airport is now open for commercial operations.

It may be recalled that the airport was closed last February 11 as it needed immediate repair and rehabilitation due to the 6.7 magnitude earthquake that hit Surigao City on February 10.

The CAAP earlier announced that Surigao Airport will be closed until March 10, but has instructed its engineering team to expedite the repair and rehabilitation works.

CAAP officials went to Surigao Airport February 22 to inspect the partially renovated runway 18/36 and to check the progress of repairs in the airport terminal.

”The 1000-meter out of 1,700-meter length of the runway is now safe and usable for aircraft operations,” said CAAP deputy director general for operations Manuel Antonio Tamayo.

He added that that coring test on the runway and sub surface soil exploration survey have been conducted by DPWH-CARAGA and CAAP technical team since February 15.

While CAAP said repairs are being conducted 24/7, it noted that the complete renovation may take four months for the terminal, and about nine months to fully restore the 1,700-meter runway.