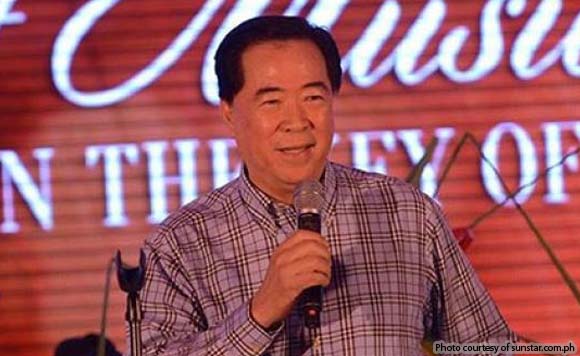 0 385
Share
Want more POLITIKO News? Get the latest newsfeed here. We publish dozens and dozens of politics-only news stories every hour. Click here to get to know more about your politiko - from trivial to crucial. it's our commitment to tell their stories. We follow your favorite POLITIKO like they are rockstars. If you are the politiko, always remember, your side is always our story. Read more. Find out more. Get the latest news here before it spreads on social media. Follow and bookmark this link. https://goo.gl/SvY8Kr

Re-electionist Bacolod City mayor Monico Puentevella is still clinging to his seat despite the denial of the Supreme Court (SC) of his motion to stop his 90-day preventive suspension over a graft case.

Puentevella’s lawyer, Ralph Sarmiento, said that even with the SC’s denial, the mayor still has a pending motion for reconsideration before the Sandiganbayan.

According to Sarmiento, Department of Interior and Local Government (DILG)-Western Visayas Regional director Anthony Nuyda already declared that the suspension order cannot be implemented unless the Sandiganbayan decides on Puentevella’s motion.

On October 23, the Sandiganbayan gave state prosecutors five days to comment on Puentevella’s motion for reconsideration.

The Sandiganbayan ordered the suspension of Puentevella on September 28 over the alleged misuse of his P26 million in pork barrel funds when he was a lawmaker in the early 2000s.

The funds were allegedly used to finance an allegedly overpriced information technology package for schools in the
city.