State of calamity in Guimaras mulled 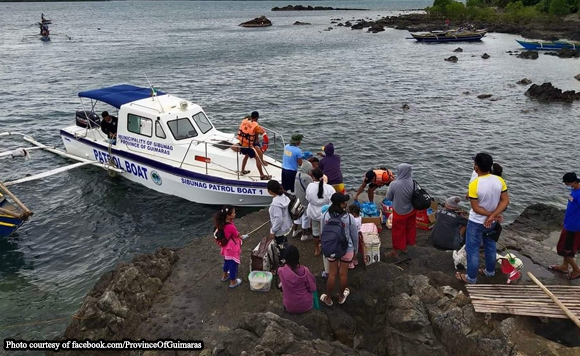 0 92
Share
Want more POLITIKO News? Get the latest newsfeed here. We publish dozens and dozens of politics-only news stories every hour. Click here to get to know more about your politiko - from trivial to crucial. it's our commitment to tell their stories. We follow your favorite POLITIKO like they are rockstars. If you are the politiko, always remember, your side is always our story. Read more. Find out more. Get the latest news here before it spreads on social media. Follow and bookmark this link. https://goo.gl/SvY8Kr

The provincial government of Guimaras is eyeing to place the province under a state of calamity after the devastation left by Typhoon Odette.

The Guimaras Provincial Disaster Risk Reduction and Management Council (PDRRMC) passed a resolution on December 18, recommending the declaration of a state of calamity in the entire province.

Governor Samuel Gumarin said he plans to hasten the declaration to pool and utilize funds for relief and assistance. (https://bit.ly/3yFJXgE)

The four conditions include the following:

-at least 15 percent of the forecasted affected population based on science-based projection are in need of emergency assistance;

-at least 30 percent of the means of livelihood on agricultural, business, and industrial sectors are affected;

-damage to critical and lifeline infrastructure/facilities such as major roads and bridges, power stations, potable water supply systems, and telecommunication facilities; and