State of calamity declared in Antique 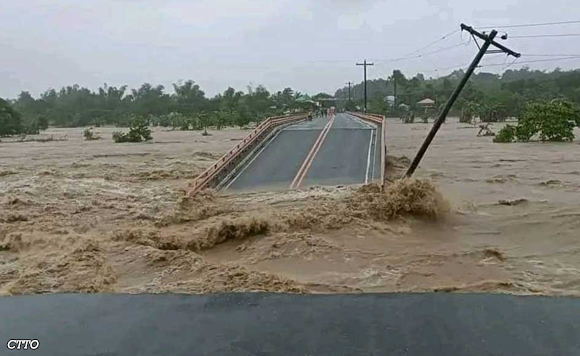 The Sangguniang Panlalawigan (SP) of Antique has voted to declare a state of calamity over the entire province due to the damage caused by Typhoon Paeng over the weekend.

The decision was made after the Antique Provincial Disaster Risk Reduction and Management Council (PDRRMC) met on Wednesday to formally ask the provincial board.

Governor Rhodora Cadiao said the PDRRMC had already decided to recommend a state of calamity when the proclamation was issued.

“We already wanted to use our [calamity fund], but [Marcos Jr.] was first [to issue a state of calamity], the Sangguniang Panlalawigan followed because it was already being processed, so it doesn’t really matter. What is important is that we are all systems go,” said Cadiao.

The governor added that they intend to use a P8-million allocation from their Quick Response Fund, but only P1 million has been designated specifically for the rental of a barge to transport goods from Iloilo.

She cited the collapse of the Oyungan Bridge in Miag-ao, Iloilo province, which is the main way for traders to enter the province.