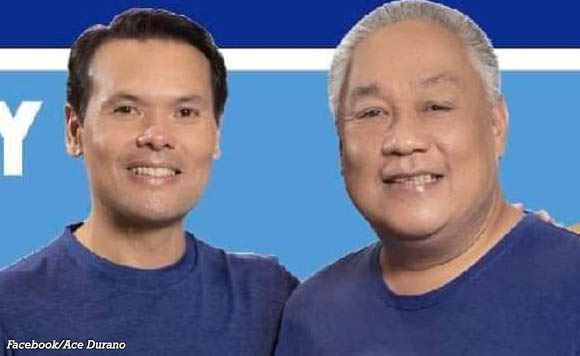 Cebuano sports icons again extended their support for the tandem of gubernatorial candidate Ace Durano and his running mate and reelectionist Vice Governor Junjun Davide III in the May 9, 2022 elections.

“We, sports advocates and athletes of the province of Cebu, have come together, but this time, much broader, with supporters from other sports disciplines, to once again reaffirm our support to the candidacy of… Ace Durano in the May 2022 elections,” said Solis.

Solis also said they believe in Durano’s competence citing his experience as former congressman of the fifth district and former tourism secretary.

“With his Jesuit background, we commend his very respectful, professional demeanor and conduct and his very amiable ways which are qualities that ensure a participative leadership,” he added.

The group also called on the Cebuanos to vote for the gubernatorial candidate, stressing that a new leadership in the province means a better Cebu and a better Philippines.