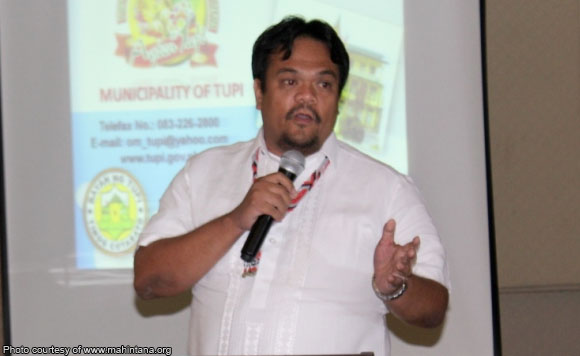 Not only that, but reelected Tupi Mayor Reynaldo Tamayo Jr. said that the entire League of Municipalities of Philippines (LMP)–South Cotabato chapter is backing Duterte’s brand of “change”.

“We firmly believe in his capability to initiate a clean and honest governance of our country,” Tamayo was quoted as saying in a PNA report Tuesday, May 24.

The politiko, who ran under the LP-Nationalist People’s Coalition (NPC) slate, was unopposed in the May 9 elections. Tamayo chairs the provincial chapter of LMP.

“This is the first time in the history of the Philippines that a president will be coming from Mindanao. He promised change so we will help him achieve that,” the Tupi mayor said, adding that Duterte can’t fulfill his promises alone.

“It’s important for all of us to rally behind him,” Tamayo added. (Randy K. Ortega)