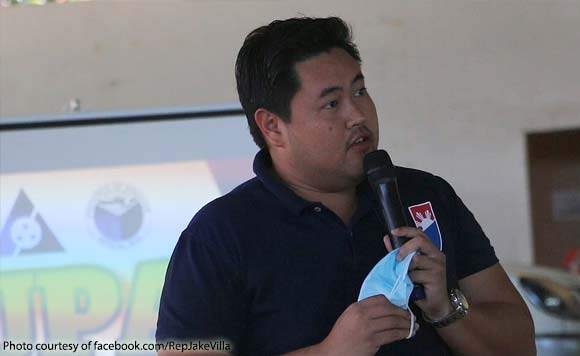 0 1,874
Share
Want more POLITIKO News? Get the latest newsfeed here. We publish dozens and dozens of politics-only news stories every hour. Click here to get to know more about your politiko - from trivial to crucial. it's our commitment to tell their stories. We follow your favorite POLITIKO like they are rockstars. If you are the politiko, always remember, your side is always our story. Read more. Find out more. Get the latest news here before it spreads on social media. Follow and bookmark this link. https://goo.gl/SvY8Kr

Siquijor Rep. Jake Vincent Villa announced that he is in talks for the construction of the first-ever community mall in the island province.

Aside from featuring major food and retail brands, Villa said there was a proposal to incorporate call center operations in the four-storey tropical-themed community mall that will cost P500 million.

“We are fortunate that local investors are willing to invest in the province while also providing opportunities for job generation and recovery of our local economy,” Villa said.

“Our residents don’t need to go to neighboring provinces to have access to places which can bring their families together. Soon, they can enjoy the same comforts which other provinces have easy access to,” the solon added.

Meanwhile, Governor Jecoy Villa said that the province was able to secure a P900-million loan from the Landbank of the Philippines for the development of the first Provincial Hotel and rehabilitation of Salagdoong Public Beach Resort.

The province will also inaugurate the Siquijor Domestic Airport, which was initiated in 2019 with an initial P500 million budget under the Department of Transportation (DOTr).

For 2021, DOTr has allocated P450 million for the improvement and extension of the runway.

Continue Reading
Jake VillamallSiquijor
0 1,874
Share
Politiko would love to hear your views on this...
More Stories