Sonny, Nancy call for ctitizens action to save Boracay 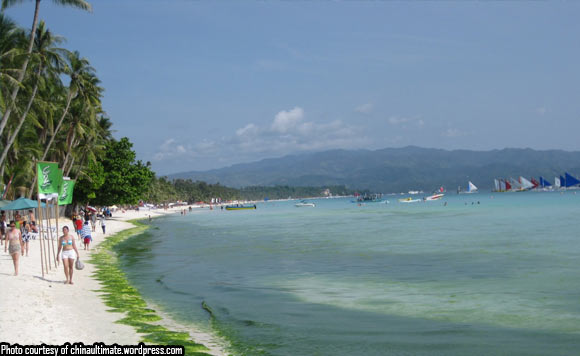 0 475
Share
Want more POLITIKO News? Get the latest newsfeed here. We publish dozens and dozens of politics-only news stories every hour. Click here to get to know more about your politiko - from trivial to crucial. it's our commitment to tell their stories. We follow your favorite POLITIKO like they are rockstars. If you are the politiko, always remember, your side is always our story. Read more. Find out more. Get the latest news here before it spreads on social media. Follow and bookmark this link. https://goo.gl/SvY8Kr

Two senators on Wednesday joined growing calls to fast-track the rehabilitation of pollution-challenged Boracay island so as to sustain the country’s tourism growth while preserving the island’s beauty.

Senator Sonny Angara, chair of the Senate Ways and Means Committee, called on all stakeholders to get their act together to save the “world’s best island”.

“We have to get our acts together. Boracay attracts two million tourists every year and brings in more than PHP50 billion in annual revenues. Huwag naman sana nating sayangin ito dahil lamang may ilang establisimyento na hindi nakakasunod sa mga regulasyon ng gobyerno (Let’s not waste this opportunity just because some establishments could not comply with government regulations),” he said.

Senator Nancy Binay urged the Department of Environment and Natural Resources (DENR) and the municipality of Malay, Aklan to organize citizens’ teams that would partake in the oversight of the world-famous island.

“Seryosong bagay ito. (This is something serious.) Boracay has been in an abusive relationship with humans. It’s about time for her to say, ‘Tama na (Enough)!’,” Binay said.

According to the Department of Tourism (DOT), of the 150 business establishments recently inspected by the government, only 25 were connected to the sewage line, while a number of them were draining their sewage directly into the sea.

President Rodrigo R. Duterte recently threatened to close the island as its garbage and sewage problem poses a threat to the health of tourists.

Angara stressed that stakeholders should not have to wait for the closure order as it would dampen the tourism industry, as well as the livelihood of the locals.

“The tourism industry is a major economic driver and job generator for the country. Definitely, its closure will have an adverse impact on its locals who depend on the island’s tourism for their livelihood. Kung kaya huwag na nating hintayin na tuluyan itong ipasara dahil sa ating kapabayaan (Let’s not wait for Boracay’s total closure because of our neglect),” he said.

The lawmaker also called on stakeholders to take advantage of the Green Jobs Law (Republic Act No. 10771) that incentivizes the creation of jobs that contribute substantially to the preservation and restoration of the environment and natural resources.

Under RA 10771, which Angara sponsored, green jobs are jobs that help “protect ecosystems and biodiversity, and minimize or altogether avoid the generation of all forms of waste and pollution”.