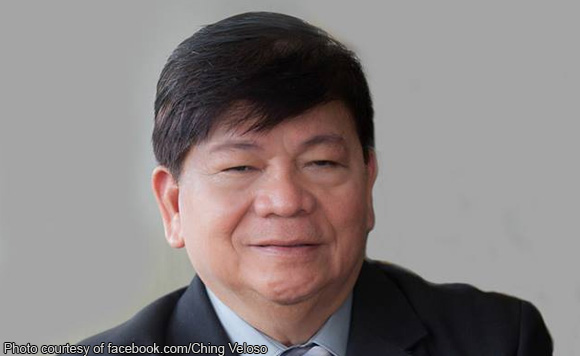 0 825
Share
Want more POLITIKO News? Get the latest newsfeed here. We publish dozens and dozens of politics-only news stories every hour. Click here to get to know more about your politiko - from trivial to crucial. it's our commitment to tell their stories. We follow your favorite POLITIKO like they are rockstars. If you are the politiko, always remember, your side is always our story. Read more. Find out more. Get the latest news here before it spreads on social media. Follow and bookmark this link. https://goo.gl/SvY8Kr

Around 100 district legislators will press against the re-election of Senators who are opposing the proposed Federal Consitution submitted by the Consultative Committee.

Leyte Rep. Vicente Veloso, chairman of the House committee on constitutional amendments, disclosed that congressmen from the country’s poorest legislative districts have aired the warning as the Senators failed to respond to the lower house bid to convene Congress into a Constituent Assembly (Con-Ass) that would amend the 1987 Constitution.

Majority of the senators are not too keen on pushing for the proposed Charter Change (Cha-Cha) even being guaranteed by the House leadership of a separate voting scheme.

Pimentel, president of the ruling Partido Demokratiko Pilipino – Lakas ng Bayan (PDP) is the only Senate member who is aggressively pushing for charter amendments.

“Since some of our senators are unooperative in this Charter bid, we will really campaign against them,” said Veloso.

Last August 5, former President and now House Speaker Gloria Macapagal Arroyo filed a resolution expressing the intent of the House of Representatives “to vote separately with the Senate” in amending the 1987 Constitution when they convene into a Con-Ass.

Despite the safeguards which was laid down by Arroyo in her proposal, many members of the Senate are still skeptical over the House leader’s intent in convening the Con-Ass.

Pimentel, a staunch advocate of federalism stressed that Mrs. Arroyo should first win the hearts of many of his colleagues, whom, she had past issues with, such as Poe, Ejercito, and Senators Panfilo Lacson, Antonio Trillanes, and those from the Liberal Party (LP).