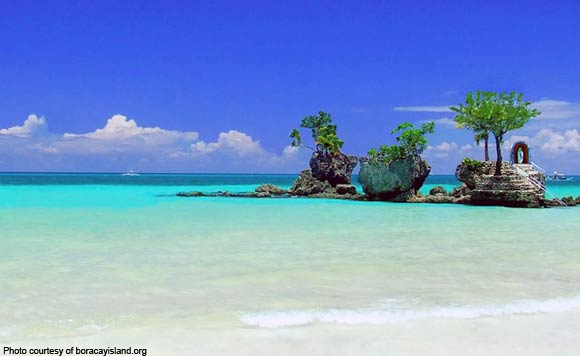 A lawmaker at the House of Representatives is calling for a congressional inquiry into the rapid environmental decline of the world-famous island of Boracay in Aklan province.

In his House Resolution 1087, Samar Rep. Edgar Sarmiento expressed concern over the detrimental environmental impacts that overdevelopment and overpopulation have caused on Boracay such as poor water quality, beach erosion, and decrease in coral cover.

Boracay, which was hailed as the best island in the world last year in the coveted list of Condé Nast’s Top 20 Best Islands in the World, has attracted a total of 1.7 million visitors in 2016.

Sarmiento recounted that during the lawmakers’ excursion called “Western-Eastern National Highway Expedition” in March, he immediately noticed the rapid degradation of Boracay island.

“The members of the House have also observed what several news agencies have reported, specifically, that there is an abundance of algal growth which may be related to pollution and the presence of waste matter surrounding the island,” Sarmiento said in his resolution.

“The massive influx of tourists and the explosive population growth in the island places it at the risk of destruction. This is highly detrimental as our citizens are reaping numerous benefits from the thriving tourism industry in the area,” he added.

Sarmiento cited the need to strictly regulate the development and tourist influx of the country’s tourist hotspots like Boracay to ensure their long-term sustainability.

HR 1087 directs the House Committee on Tourism to look into “the roadmap, programs, projects, and action plans of the Department of Tourism (DOT) that aim to regulate tourist spots in order to promote sustainability.”

Sarmiento said the DOT must also give weight on how to protect the country’s tourist hotspots instead of just focusing on shoring up revenues from tourism.

In the case of Boracay, Sarmiento said the DOT should start setting up specific parameters in terms of capacity and start limiting the number of resorts and inns in interior areas.

The Tourism department should also work with the Department of Environment and Natural Resources to immediately adopt policies and practices to prevent environmental abuse and decline in the powdery white sand beaches of Boracay, the lawmaker noted.

He also urged Congress to come up with a law that would clearly define policies in managing tourist destinations to promote tourism while ensuring the protection of the environment.(Filane Mikee Cervantes/PNA)