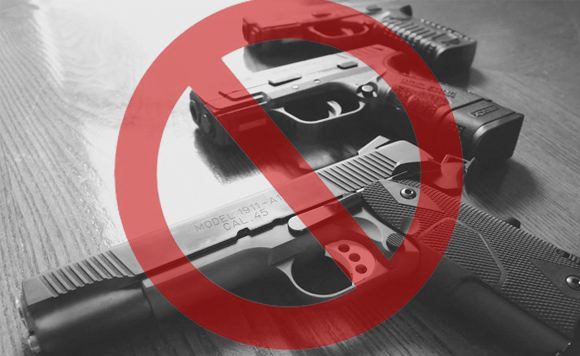 0 627
Share
Want more POLITIKO News? Get the latest newsfeed here. We publish dozens and dozens of politics-only news stories every hour. Click here to get to know more about your politiko - from trivial to crucial. it's our commitment to tell their stories. We follow your favorite POLITIKO like they are rockstars. If you are the politiko, always remember, your side is always our story. Read more. Find out more. Get the latest news here before it spreads on social media. Follow and bookmark this link. https://goo.gl/SvY8Kr

A member of the Philippine Army is in hot water for allegedly violating the Commission on Elections’ gun ban during a Labor Day protest in Kabankalan City in Negros Occidental last Wednesday, May 1.

Kabankalan City police chief Police Lt. Col. Jonel Guadalupe declined to name the soldier but described him as a member of the Army’s 15th Infantry Battalion.

Guadalupe said the soldier was conducting covert security operations during the rally when some protesters saw him carrying a firearm.

Protesters mobbed the soldier, who was turned over to police custody. Recovered from the soldier a cal-.45 pistol.

But Guadalupe said the soldier is planning to file a complaint against some protesters who he said may have taken his mobile phone and necklace when he was mobbed.

The soldier is detained at Kabankalan City Police Station.

Investigation showed the soldier, who was in civilian attire when he was mobbed, failed to show documents proving he is exempted from the Comelec gun ban.

On the other hand, Guadalupe said the military usually coordinates with them regarding security, though some intelligence officers have separate orders.