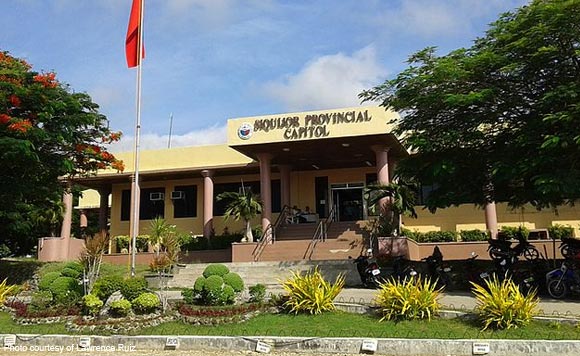 0 1,159
Share
Want more POLITIKO News? Get the latest newsfeed here. We publish dozens and dozens of politics-only news stories every hour. Click here to get to know more about your politiko - from trivial to crucial. it's our commitment to tell their stories. We follow your favorite POLITIKO like they are rockstars. If you are the politiko, always remember, your side is always our story. Read more. Find out more. Get the latest news here before it spreads on social media. Follow and bookmark this link. https://goo.gl/SvY8Kr

The arguments made by Siquijor provincial officials fell short of the bar required by the anti-graft court to do away with the imposition of 90-day preventive suspensions pending trial.

Their case: an inability to tamper with the evidence or to influence witnesses.

“These arguments fail to convince. Precisely, the mandatory provision of Section 13 of R.A. No. 3019 does not admit of such exceptions,” the Sandiganbayan 4th Division stated in a resolution.

In their respective motions, the accused argued that preventive suspension would only constitute an “economic punishment” since its original purpose would not be met. In addition, Monte averred that all the relevant documents have already been submitted to the prosecution.

According to the court, these arguments fail to convince, meriting the imposition of the measure since all the requirements have been met: they are public officers under a valid graft case.

“When the statute is clear and explicit, there is hardly room for any extended court ratiocination or rationalization of the law,” the court said.

Fua, Tomogsoc and Monte were charged with graft over the allegedly anomalous procurement of fertilizer in 2005, placing the government at a disadvantage to the tune of P2.68 million.

The transaction was reportedly riddled with procurement violations like reference to brand names and a lack of records proving its existence.

In the dispositive portion of the ruling, the anti-graft court directed the Department of the Interior and Local Government to enforce the suspension order.