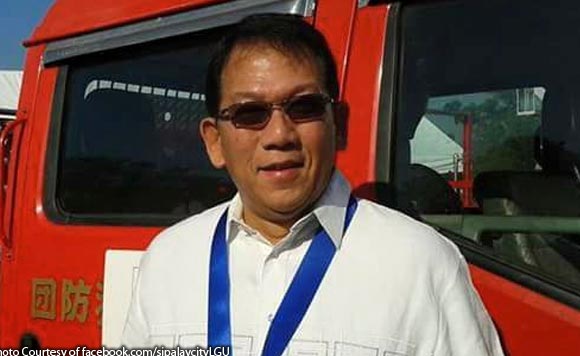 Sipalay City, Negros Occidental Mayor Oscar Montilla, Jr. was himself suspended for 90 days by the Sandiganbayan for allegedly holding up the ordered suspension of five city hall employees for years.

In a three-page resolution, the Sandiganbayan ordered Montilla “to cease and desist from performing and/or exercising the functions and duties as well as receiving and/or enjoying the salaries, benefits, and privileges of his present public position or any other present public position he may now or hereafter be holding effective upon notice and continuing for 90 days.”

The anti-graft court granted the motion of the Office of the Ombudsman to suspend the accused, citing the mandatory character of Section 13 of Republic Act No. 3019, or the “Anti-Graft and Corrupt Practices Act”, which provides that any incumbent officer against whom any criminal prosecution under a valid information under this law is pending in court, shall be suspended from office.

The Ombudsman said Montilla “gave unwarranted benefit and advantage to Seneres, et al. by delaying for years, without legal basis, the implementation of the said suspension despite repeated directives from the Office of the Ombudsman-Visayas, to the detriment of public service.”

Likewise, the Sandiganbayan directed the Secretary of the Department of the Interior and Local Government (DILG) to enforce and implement the suspension order.

Section 3(e) of RA No. 3019 prohibits any official or employee from causing any undue injury to any party, including the government, or giving any private party any unwarranted benefits, advantage or preference in the discharge of his official administrative or judicial functions through manifest partiality, evident bad faith or gross inexcusable negligence. (PNA)