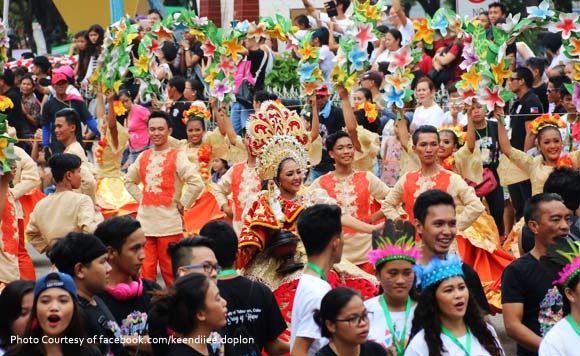 0 1,017
Share
Want more POLITIKO News? Get the latest newsfeed here. We publish dozens and dozens of politics-only news stories every hour. Click here to get to know more about your politiko - from trivial to crucial. it's our commitment to tell their stories. We follow your favorite POLITIKO like they are rockstars. If you are the politiko, always remember, your side is always our story. Read more. Find out more. Get the latest news here before it spreads on social media. Follow and bookmark this link. https://goo.gl/SvY8Kr

Cebu City Vice Mayor Michael Rama said the Sinulog Foundation, Inc. (SFI) will not get any funding from the city government for next year’s Sinulog festival.

This was reportedly discussed during the hearing for the annual budget for 2020 proposed by Mayor Edgardo Labella last Monday. (https://bit.ly/35iXcE6)

Labella is proposing a budget of P784 million, which includes the P35 million for the Sinulog.

Rama stressed the importance of financial help from the city government as it is being used for prizes and subsidies.

While the executive department says the move is to maintain checks and balances, the vice mayor said: “There’s no such thing as check and balance because there is no balance to the check and there is no amount to be checked. Because this P35 million will never be received by the Sinulog Foundation.”

In August, Labella signed an executive order (EO) creating the Sinulog Governing Board to organize and oversee the Sinulog fest held every January.

The Board will serve as the regulatory board that will oversee SFI and its executive committee, the EO read.