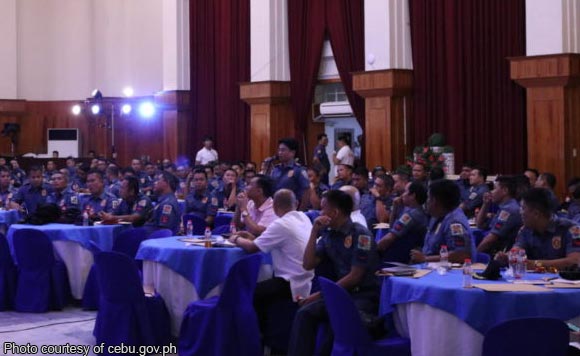 Ivy Durano Meca said Barangay Pajo officials should have employed a positive approach in their campaign against drugs instead of shaming people suspected of using prohibited substances, adding that these people are presumed innocent until proven guilty.

If the houses or rooms have been positively identified as drug dens, Mecca said the police should have launched an operation against them and there’s no need to shame the suspects.

But Chan, who believes that shaming the suspects will convince them to stop their illegal activities, said the campaign in Barangay Pajo wpuldcontinue until the drug problem in the area was solved.

The Commission on Human Rights (CHR) planned to conduct an investigation on the said shame campaign in Barangay Pajo.

The CHR said the rule on the presumption of innocence must be applied and that only the courts have the authority to declare the guilt of the accused. (PNA)