Sea trips between Iloilo, Negros stopped anew due to coronavirus 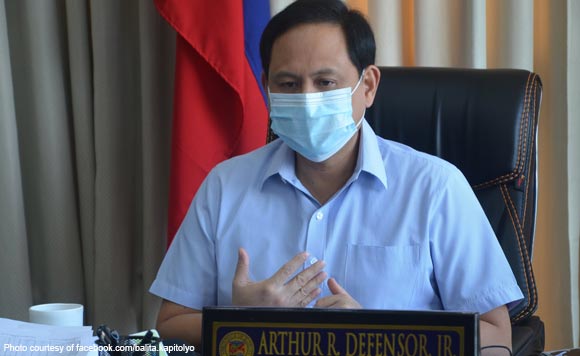 Sea trips between Iloilo and Negros will be indefinitely closed starting today, Wednesday as part of measures to prevent the spread of the coronavirus disease (Covid-19).

This, after Iloilo City Mayor Jerry Treñas and Iloilo f. ordered the suspension of trips to and from Negros Island.

“Due to rising cases of Covid-19, Iloilo City will close its borders for people coming in from Bacolod City, province of Negros Occidental. and Negros Oriental, starting tomorrow, July 22, 2020 until further notice. Movement of essential goods and cargoes will remain unhampered,” a public advisory on the city government’s Facebook page said.

The suspension, according to Treñas, was based on a recommendation by an Iloilo City-based team of doctors. (https://bit.ly/2CXkwhO)

Asymptomatic Covid-19 patients may be unaware that they are carrying the virus, the mayor said.

He also cited a report of a hospital in Bacolod City reaching full capacity because of COVID cases. Riverside Medical Center confirmed in a statement on Monday that it has reached full capacity in its admission and treatment of Covid-19 patients.

“We have an Iloilo COVID Team composed of private doctors, and they were worried because of reports of community transmission in Bacolod City. We all know that when one is asymptomatic, they wouldn’t know whether or not they have contracted Covid-19. Another thing is that there was a report that reached them that one of the hospitals in Bacolod City was already overwhelmed at full capacity,” said Treñas.

For his part, Defensor said that his suspension was based on Treñas’ pronouncement. “I cannot state it categorically, but as I have said, if Iloilo City has a basis to close, the province will follow because we need to have a singular direction,” he added.

The governor said they will continue to coordinate with the city government on developments in relation to Iloilo-Negros travels.