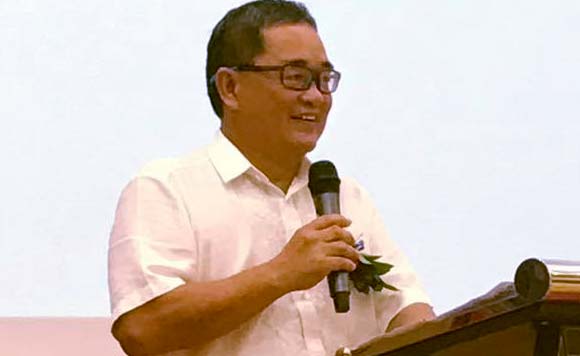 The Guimaras provincial government issued the advisory as it said Gumarin has not authorized anyone to solicit or ask favors in any resort or establishment.

“Any call/text message that you may receive asking for favors using the name of the Provincial Government of Guimaras or the Governor, is a SCAM!” it said (https://thedailyguardian.net/local-news/guimaras-warns-vs-scam-using-governors-name/).

It urged establishments that received such solicitations to verify with the provincial government via 09457850203 or public.information_guimaras@yahoo.com.ph; “or report it to proper authorities.”

Provincial police said they received recent reports from some establishments in the province who got scammed by a caller who “sounded like Gumarin.”

Guimaras police chief Police Colonel Hector Maestral said they got a call from someone who identified himself as the governor.

Maestral added Jaime Sequio, the president of the resorts and restaurants association in Guimaras, informed him about the incidents.

Gumarin said they learned about the incident after Magic Island Resort in Nueva Valencia town confirmed the food reservation with his office.

A pharmacy in Jordan town was also duped into sending mobile phone load worth P12,000.

“It was really doubtful because after they made reservation, they would ask for a phone load,” Maestral said, adding the numbers used by “Gov. Gumarin” could no longer be reached.

The caller placed an order and later asked for a P9,000 load from Salt Gastro Pub located at Gen. Luna St., City Proper.