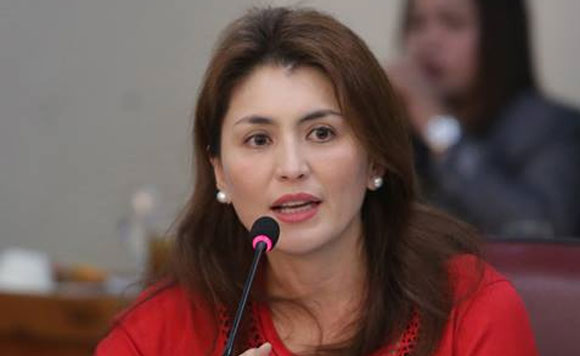 Leyte Rep. Yedda Marie Romualdez was saddened over the reported disposal of the relief goods intended for victims of Super Typhoon Yolanda which had been left idle in the Port of Cebu.

The Bureau of Customs in Region 7 announced plans last Wednesday to condemn these donated items because they had been left unattended for four years since being delivered to Cebu way back in January 2014.

The relief items include used clothes, diapers, canned goods. The items reportedly could no longer be used since they were either expired already or damaged by insects while in storage.

The relief shipment is supposedly intended for victims Yolanda in Central and Eastern Visayas regions.

Romualdez, House chair of the committee on accounts and primary author of the proposed creation of the Department of Disaster Resilience (DDR) under House Bill 8165, said the discovery of spoiled relief goods in Cebu port was an indication that Senate should hasten the approval of the measure to remove the dozens of red tapes on foreign aids during calamities

“Yes coordinated talaga and no permits (for foreign aids). There will be coordination with the Customs. Mayroong mas maayos na proseso pagdating sa donations,” said Romualdez.

The House of Representatives already approved the proposed legislation on final reading last October 1, but its counterpart measure, Senate Bill 1969, is still at the committee level for deliberations. The Senate version is authored by Senate President Vicente “Tito” Sotto III.