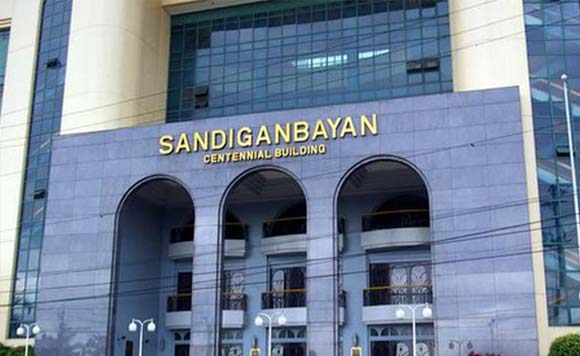 0 7
Share
Want more POLITIKO News? Get the latest newsfeed here. We publish dozens and dozens of politics-only news stories every hour. Click here to get to know more about your politiko - from trivial to crucial. it's our commitment to tell their stories. We follow your favorite POLITIKO like they are rockstars. If you are the politiko, always remember, your side is always our story. Read more. Find out more. Get the latest news here before it spreads on social media. Follow and bookmark this link. https://goo.gl/SvY8Kr

The Sandiganbayan has affirmed its earlier decision to convict former Corella, Bohol mayor Vito Rapal over his failure to liquidate P1.088-million worth of cash advances and for pocketing P92,239.70 intended for tarsier preservation.

In a resolution promulgated on October 29, the Fourth Division of that court denied Rapal’s motion for reconsideration seeking the reversal of its October 4 decision which found him guilty of two counts of violation of Republic Act 3019 or the Anti-Graft and Corrupt Practices Act and one count each of estafa and failure to render accounts as defined under the Revised Penal Code.

The former mayor was also ordered perpetually disqualified from holding public office and to pay the municipal government of Corella a total of P1.18 million.

Filed by the Office of the Ombudsman in 2015, the cases stemmed from Rapal’s receipt of a total of P1.088 million in cash advances from 2004 to 2010 supposedly for confidential and intelligence purposes, official travels, miscellaneous and other expenses.

The anti-graft office said Rapal failed to liquidate the cash advances beyond the allowable period prescribed by the Commission on Audit and despite the repeated demand of the municipal government.