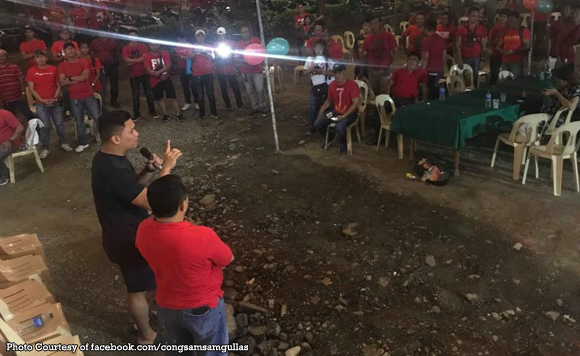 The mayor could not thank this team of traffic enforcers enough for what they’ve done for Talisay.

Mayor Gerald Anthony “Samsam” Gullas knew he had to attend the very early Christmas party of the city’s CT-TODA (traffic) and DRRMO (disaster) teams, which came weeks ahead of Christmas.

To him, they’ve been instrumental to improving local traffic flow, at a time of worsening congestion all over Cebu.

“They are our first responders, they are our front liners and as city mayor I have been very proud of what they have done for our city,” Gullas said.

To show how selfless they were, the politiko explained the decision to party so early.

A snappy salute is in order!