Samsam Gullas is amazed with this boy manning traffic in Talisay 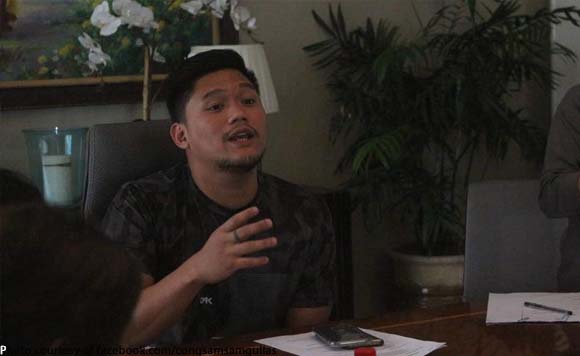 0 459
Share
Want more POLITIKO News? Get the latest newsfeed here. We publish dozens and dozens of politics-only news stories every hour. Click here to get to know more about your politiko - from trivial to crucial. it's our commitment to tell their stories. We follow your favorite POLITIKO like they are rockstars. If you are the politiko, always remember, your side is always our story. Read more. Find out more. Get the latest news here before it spreads on social media. Follow and bookmark this link. https://goo.gl/SvY8Kr

This little boy is in for a treat.

Mayor Gerald Anthony “Samsam” Gullas had mixed feelings when he saw this viral video of a boy manning traffic in the middle of the road in Talisay, Cebu.

The politiko loved the dedication, but regretted that a boy had to step up with no enforcers in sight.

“I hope to see him one of this days as I plan to make him an honorary member of CTTODA,” Gullas said. “But at the same time, I am also concerned by the lack of people to help man traffic in that part of the City.”

His response was twofold: Gullas plans to bring traffic rules to school so kids can start young as disciplined motorists.

The kid also won’t have to command traffic much longer, as barangay tanods have been tasked to do it.

When I first saw the video, I was really happy to see how he, despite his age and circumstance, felt so immersed on the…