Samar town mayor Vicencio wants all houses to have their own toilet: 90% of villages defecate outdoors 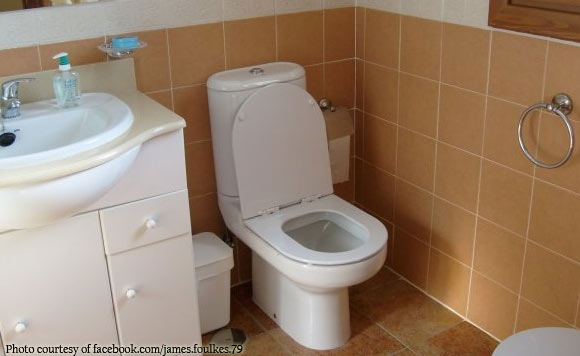 CATUBIG, Northern Samar — The local government reiterated its directive to village officials to strictly implement the local ordinance, which prohibited the construction of houses without toilet.

Mayor Galahad Vicencio said he issued an order to all village chiefs to ensure that residents prioritize the construction of toilet.

“Usually, when they construct a house and it is already finished, they don’t bother to construct a toilet. To solve this problem and to achieve zero open defecation, construction of toilets must come first,” Vicencio said on Monday.

“I also issued an order to local officials to lead by example. All village authorities must have toilet in their house,” Vicencio said.

Of the 47 villages in Catubig, only six are declared as zero open defecation by the Department of Health.

“Even if I want to give my constituents all the materials for constructing toilets but our budget is limited,” Vicencio said. The town government had set aside PHP1.4 million fund for this initiative.

The target of the project are residents living in far-flung villages, who mostly have no access to proper sanitation.

“Sanitation is a basic component on health. Without proper sanitation, this would mean a spread of illnesses and diseases,” Vicencio said, noting that absence of toilets is one of the top concerns raised during meetings.

To help improve sanitation situation on the town, the local government unit improves water system through financial assistance from the Department of the Interior and Local Government and construction of another water impounding station by the Department of Public Works and Highways.

Catubig is a third class town in Northern Samar, about an hour drive away from Catarman, the provincial capital. The town has about 37,000 population, whose main source of income is coconut and rice farming. (PNA)