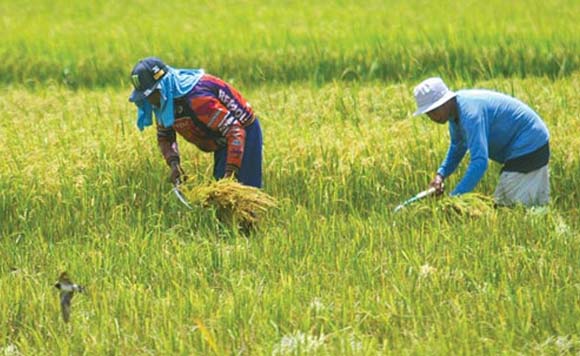 0 4,053
Share
Want more POLITIKO News? Get the latest newsfeed here. We publish dozens and dozens of politics-only news stories every hour. Click here to get to know more about your politiko - from trivial to crucial. it's our commitment to tell their stories. We follow your favorite POLITIKO like they are rockstars. If you are the politiko, always remember, your side is always our story. Read more. Find out more. Get the latest news here before it spreads on social media. Follow and bookmark this link. https://goo.gl/SvY8Kr

In their failure to utilize the P16 million Payapa at Masaganang Pamayanan (PAMANA) fund, the provincial government of Samar has deprived local farmers of benefits from planned agricultural projects, a report by the Commission on Audit (COA) showed.

In 2017, Samar entered into an agreement with the Department of Agriculture for the implementation of PAMANA projects: intercropping technology, soil testing, capacity building for sustainable agriculture and the procurement farm equipment.

Under the shared memorandum of agreement (MOA), the general objective was to provide “additional farm income” to farmers in Jiabong, Motiong, Paranas, San Jose de Buan and San Jorge.

“(The programs aim) to empower the project beneficiaries with the technology and provide farm equipment and other facilities in order to attain food security and sustainable agricultural development in conflict-ridden areas in the Province of Samar,” the 2018 annual audit report stated.

State auditors found that despite receiving the funds at the beginning of 2018, the provincial government has yet to use the sums.

“This was further confirmed by the OIC-Provincial Agriculturist as she stated that as of September 2018, the Purchase Requests for various items for the program were still in the process, hence the funds have remained unutilized for over one year after the signing of the MOA,” COA added.

COA urged the Provincial Agriculturist and the Bids and Awards Committee to expedite the procurement process of goods necessary for the implementation of the projects.

According to Samar officials, in the report, the delays were due to changes in the beneficiaries of the programs and price escalations which forced revisions of the original work and financial plans.