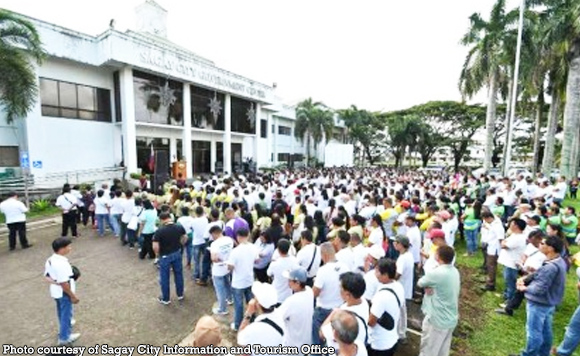 0 1,263
Share
Want more POLITIKO News? Get the latest newsfeed here. We publish dozens and dozens of politics-only news stories every hour. Click here to get to know more about your politiko - from trivial to crucial. it's our commitment to tell their stories. We follow your favorite POLITIKO like they are rockstars. If you are the politiko, always remember, your side is always our story. Read more. Find out more. Get the latest news here before it spreads on social media. Follow and bookmark this link. https://goo.gl/SvY8Kr

BACOLOD CITY — Four major projects, including the port expansion and the development of the economic zone in Sagay City, Negros Occidental, are set for completion in the first quarter of the year.

These infrastructure and other projects, which will be completed and turned over this year, were announced by Sagay City Mayor Alfredo Marañon III on Monday.

To be completed in early 2020 are the PHP154-million Sagay Feeder Port Expansion Project in Barangay Old Sagay, and the Phase 1 of the PHP266-million Sagay Ecozone Development Project.

Also in the list is the PHP11.3-million construction and rehabilitation of Sagay City Livestock Farm, as well as the PHP119.8-million installation of hospital furniture and equipment at Alfredo E. Marañon Sr. District Hospital in March.

“Elevate your performance this year, it is a way to fulfill the mandate of serving the people,” the mayor told city officials and employees as he thanked the Sagaynons for supporting the city’s endeavors in pursuing its various projects, programs, and activities.

Marañon said Phase 2 of the ecozone development and improvement and expansion of government-run hotel Balay Kauswagan are in the preparatory stage this year.

The bidding for the construction of the bridge connecting the Baviera-Bato Road was held last December, he added.

Marañon also said the city government will prioritize this year the concreting of more farm-to-market roads, barangay roads and bridges to reach far-flung areas, improvement of road lights in the major thoroughfares, and development of tourism sites.