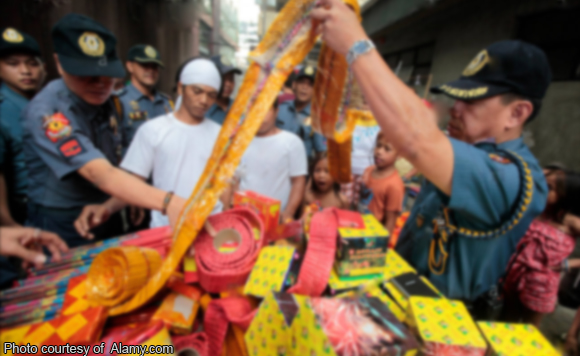 To ensure that all firecracker and pyrotechnic vendors in Bacolod City are up-to-date with fire safety measures, Mayor Evelio Leonardia announced that he has deployed a composite team to check the compliance of the former in the above-mentioned safety measure.

As this develops, Executive Assistant Ernesto Pineda, team leader, led the inspection of the firecrackers zone situated behind the Pope John Paul II Tower at the Reclamation Area, Tuesday, December 13.

Firecracker vendors have to comply with the requirements to secure business permits for selling firecrackers, he added.

He announced that they inspected the construction of booths to ensure that these comply with fire safety measures.

They checked the construction materials used along with the required distance between booths of at least three feet.

Vendors selling outside the identified firecrackers zone will be penalized, and their products will be confiscated.

During the inspection, Pineda was joined by lawyer Reuben Sabig of the City Legal Office, Supt. Noel Polines of the Bacolod City Police Office, Supt. Rodolfo Denaga of Bureau of Fire Protection, Jose Carreon of the Department of Labor and Employment, and Allan Pacheco, president of Bacolod Firecrackers Vendor and Traders Association.

Last week, more than 70 sellers/vendors have submitted their applications for business permits.

Each seller/vendor will pay P1,200 for business tax and P200 for garbage collection, Leonardia earlier said.

In Memorandum No. 202, the politiko has designated the area behind the Pope John Paul II Tower as a special place for the display and sale of firecrackers and pyrotechnics.

He also directed Pineda to coordinate with different offices concerned and interested businesses for the sale, wholesale, and retail of firecrackers and pyrotechnics.