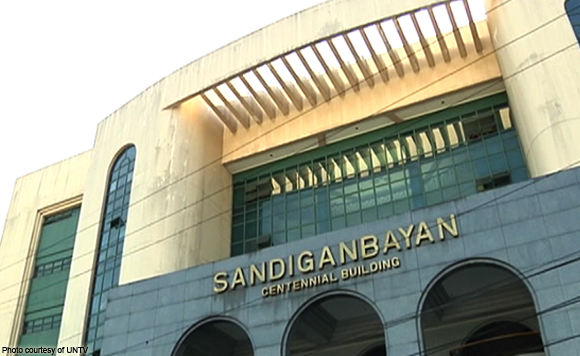 0 434
Share
Want more POLITIKO News? Get the latest newsfeed here. We publish dozens and dozens of politics-only news stories every hour. Click here to get to know more about your politiko - from trivial to crucial. it's our commitment to tell their stories. We follow your favorite POLITIKO like they are rockstars. If you are the politiko, always remember, your side is always our story. Read more. Find out more. Get the latest news here before it spreads on social media. Follow and bookmark this link. https://goo.gl/SvY8Kr

Southern Leyte Vice Mayor Maloney Samaco will have to face his graft charges in trial, after the Sandiganbayan 2nd Division denied his motion for leave to file demurrer to evidence.

“After a careful study of the records of the case, this Court finds that the separate (motions) lack merit,” the anti-graft court stated in a resolution.

In his motion filed August 14, the vice mayor argued that the prosecution’s evidence in insufficient to prove that there was a conspiracy in the city government’s move to resort to direct contracting.

However, the court believed otherwise:

“The prosecution was able to establish a prima facie case against the accused and the reasons stated in these motions are matters of defense that should be raised during a full-blown trial of the case,” the court said.

Samaco was charged alongside four Bids and Awards Committee members and a private individual with violating Section 3(e) of Republic Act No. 3019 or the Anti-Graft and Corrupt Practices Act.

In 2010, the then-mayor allegedly took advantage of his public office to give “unwarranted benefit, advantage or preference” to Philflex Trading and General Merchandise for a P10 million communications contract.

According to the prosecution, the accused deliberately failed to conduct public bidding, mandated under procurement law, and pushed through with the purchase despite noted irregularities.

A demurrer to evidence is tantamount to a dismissal of the case. Under the Rules of Court, the accused could still opt to file such a demurrer, but if done without leave, will be subject to legal repercussions.