Roxas says he’ll be ashamed if Leni loses in Negros 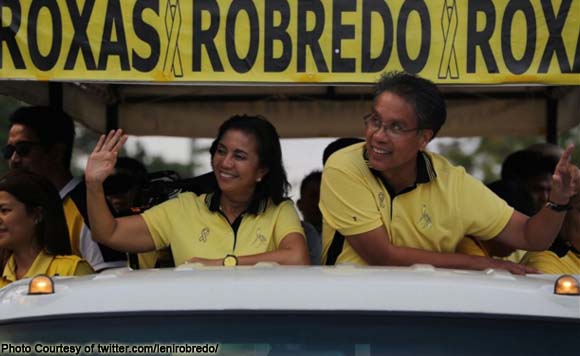 Speaking to supporters in Negros Occidental on Tuesday, Roxas said he needs Robredo’s help in running the country if he gets elected.

“I will be ashamed if she loses here,” said Roxas, whose mother, Judy Araneta, hails from Bago City.

Thousands of people cheered for the administration candidates in their visits to the cities of Silay, Bago and Bacolod. Even political rivals Bacolod City Mayor Monico Puentevella and Representative Evelio Leonardia appeared at the campaign stop to support Roxas.

Roxas described the province’s warm reception “as sweet as sugar.”

“The people here feel the progress and development of the province due to the jobs created and the help of the government. Before, when we said Negros, sugar and farm workers always came to mind. But right now, they have 20,000 people working in call centers,” he added.

Negros Occidental has a voting population of 1.66 million, the fifth highest in the country according to the Commission on Elections.