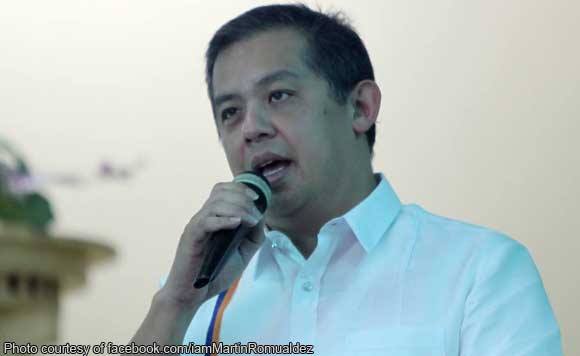 0 277
Share
Want more POLITIKO News? Get the latest newsfeed here. We publish dozens and dozens of politics-only news stories every hour. Click here to get to know more about your politiko - from trivial to crucial. it's our commitment to tell their stories. We follow your favorite POLITIKO like they are rockstars. If you are the politiko, always remember, your side is always our story. Read more. Find out more. Get the latest news here before it spreads on social media. Follow and bookmark this link. https://goo.gl/SvY8Kr

No turncoats here–just a politiko who wants to “come back home”.

The move was announced by Lakas-CMD president Romualdez Thursday (February 2).

“It’s a welcome development, as we know the late grandfather of Rep. Xavier Jesus Romualdo, Congressman [Pedro] Loloy Romualdo and also his father, [Camiguin] Gov. Jayjay [Romualdo] were once with Lakas,” Romualdez said.

“This is also a homecoming and we are very happy because Congressman Romualdo will be a good addition to the party,” he added of the Mindanao lawmaker’s party switch.

Romualdo, for his part, reckoned that it would be good for him to “to go back to our party”, referring to Lakas.

The LP was the dominant political faction during the past 15th and 16th Congresses.