Romualdez: House prepared to give Duterte his SONA wishes 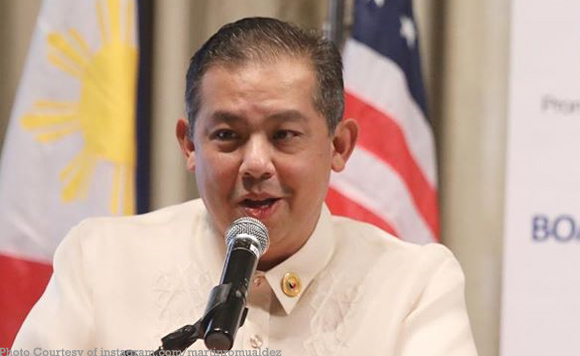 House Majority Leader Martin Romualdez said the House of Representatives was ready and willing to realize the requests to Congress of President Rodrigo Duterte during his fifth State of the Nation Address (SONA).

“We, here in the House of Representatives, are ready to face the challenges spelled out by our President in his SONA,” the Leyte lawmaker said.

“As partners in nation building, we commit ourselves to the realization of the state’s concrete plans and the passage of the priority legislative measures provided by the President,” Romualdez said.

“I pray that all Filipinos will heed the clarion call of the President for every able bodied citizen to join the people’s war against Covid-19. There are no spectators in this fight. We need to link arms, and win as one, if we are to survive as a nation,” he added.

“In his SONA, the President made it very clear what his administration’s priorities are in the next few days, weeks and months,” Romualdez said.

“As I see it, his mission is threefold. First, to protect the Filipino nation from hunger and poverty caused by the COVID-19 pandemic,” he said.

“Second, to save precious human lives and minimize the number of population infected by the coronavirus. And third, to ramp up budgetary measures needed to fully implement a responsive and sustainable recovery plan,” Romualdez said.

“There is no doubt that the country is at war against Covid-19, an unseen enemy. President Duterte, our commander-in-chief, clearly laid out the battle plans for us to emerge victorious in the end,” he said.

“In this fight of our lifetime, each of us are given specific theaters of war to attend to. Everyone is being called to be part of the whole of government response to combat the pandemic,” he added.