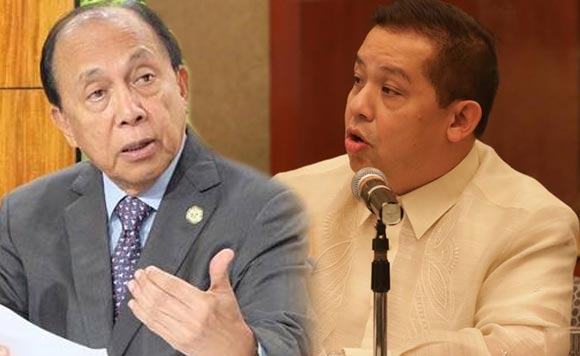 0 2,029
Share
Want more POLITIKO News? Get the latest newsfeed here. We publish dozens and dozens of politics-only news stories every hour. Click here to get to know more about your politiko - from trivial to crucial. it's our commitment to tell their stories. We follow your favorite POLITIKO like they are rockstars. If you are the politiko, always remember, your side is always our story. Read more. Find out more. Get the latest news here before it spreads on social media. Follow and bookmark this link. https://goo.gl/SvY8Kr

In an interview with radio DZBB, Suarez said the Speakership is already secured for Romualdez if Malacañang won’t interfere or will not endorse their own bet for the post.

Suarez stressed that Romualdez has enough House support to secure the top post based on the signatures attached in manifesto of support initiated by several members of the House Minority bloc.

A candidate for Speaker needs the support of at least 153 lawmakers to secure leadership of the 303-man House of Representatives this coming 18th Congress.

Romualdez together re-elected Marinduque Rep. Lord Allan Velasco and Taguig-Pateros Congressman-elect Alan Peter Cayetano met President Rodrigo Duterte during the his trip in last week in Tokyo, Japan based on the photos released by Senator-elect Christopher Lawrence Go on his Facebook page.

Go said the chief executive will not meddle in the highly-contested Speakership fight since the top three contenders are qualified for the post considering that they are all brilliant lawyers.