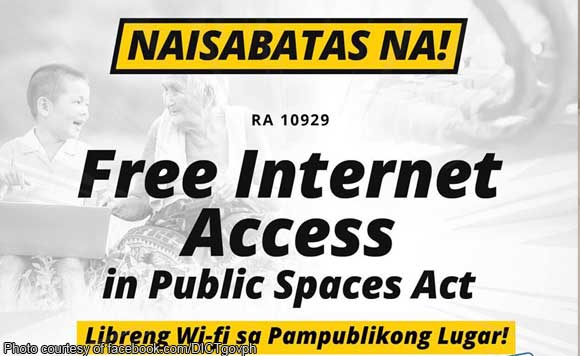 0 820
Share
Want more POLITIKO News? Get the latest newsfeed here. We publish dozens and dozens of politics-only news stories every hour. Click here to get to know more about your politiko - from trivial to crucial. it's our commitment to tell their stories. We follow your favorite POLITIKO like they are rockstars. If you are the politiko, always remember, your side is always our story. Read more. Find out more. Get the latest news here before it spreads on social media. Follow and bookmark this link. https://goo.gl/SvY8Kr

Romblon governor Eduardo Firmalo could not hide his dismay as he questioned the very poor internet connection in the whole province on Wednesday’s launch and presentation of the ICT Roadmap for Mimaropa.

Firmalo raised the issue the same day Department of Information and Communication Technology (DICT)-Luzon Cluster 3 Director Reynaldo Sy announced that the province will have free wifi connection in all municipalities of Romblon before 2017 ends.

This is in line with the enactment of RA 10929 or the Free Internet Access in Public Spaces Act sponsored and co-authored by Senator Bam Aquino.

Dy also presented the National Broadband Plan of the DICT and the plan to install Fibr Optics nationwide.

Firmalo said they have allotted P1.5 million for a speedy connection in Romblon but the funds remain unused.

Prior to the Romblon-wide installation of free wifi, the DICT earlier tested the free wifi program in five municipalities in the province.

The test, however, failed after the internet service provider delivered only 2mbps internet connection and not the expected 8mbps.

Dy, as reported by the RomblonNews, said the problem might soon be solved in two months.