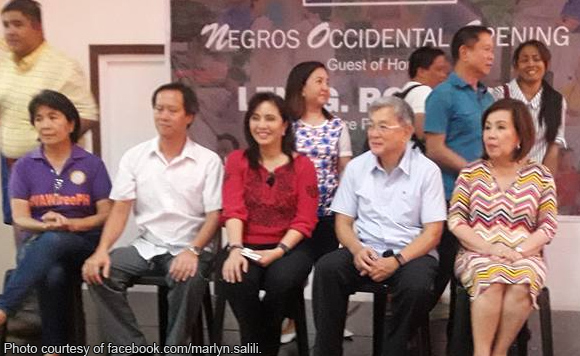 0 949
Share
Want more POLITIKO News? Get the latest newsfeed here. We publish dozens and dozens of politics-only news stories every hour. Click here to get to know more about your politiko - from trivial to crucial. it's our commitment to tell their stories. We follow your favorite POLITIKO like they are rockstars. If you are the politiko, always remember, your side is always our story. Read more. Find out more. Get the latest news here before it spreads on social media. Follow and bookmark this link. https://goo.gl/SvY8Kr

Robredo said she is happy that many people still want to be a member of the LP.

Robredo also said the LP has learned its lesson from the 2016 elections.

She explained that the LP is prioritizing the recruitment of non-politikos.

“The 2016 elections gave us the lesson that is it really hard to rely on politicians because of so many considerations that are beyond our control,” Robredo said.

“It is much better to open the party membership to non-politicians because we are assured that they join the party not to win the election but because we have the same principles,” she added.