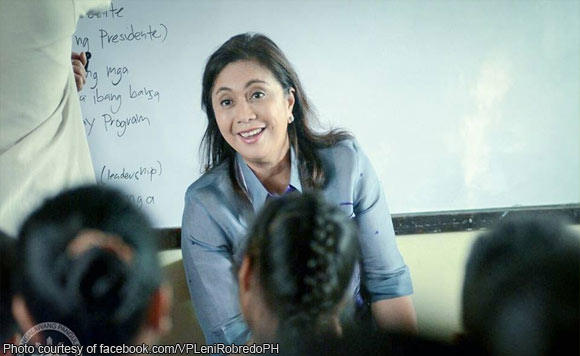 Vice President Maria Leonor G. Robredo has backed the proposal to file charges against a contractor of housing project in Yolanda-hit province of Eastern Samar.

“For me it’s the right thing to do,” Robredo told local reporters in Camarines Sur recently.

This came after Negros Occidental Rep. Albee Benitez said he will to run after the contractor of housing project in Yolanda hit areas for the “snail-paced” implementation of the said project.

Benitez, who chairs the House Committee on Housing and Urban Development, said that he is considering to file criminal and civil charges against those who are liable for the slow implementation of project.

Robredo said that when she was the chair of Housing Urban and Development Coordinating Council, she has been pointing out the flaws in policies such as the sub-contracting which sacrifices the quality of projects.