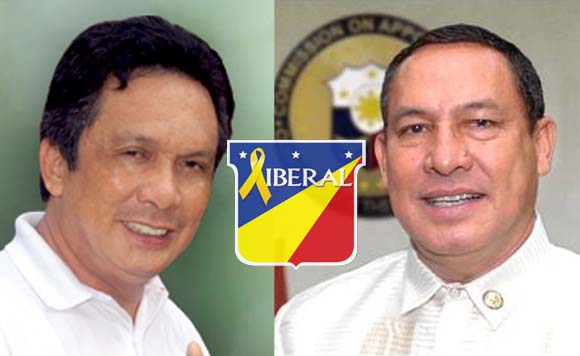 0 409
Share
Want more POLITIKO News? Get the latest newsfeed here. We publish dozens and dozens of politics-only news stories every hour. Click here to get to know more about your politiko - from trivial to crucial. it's our commitment to tell their stories. We follow your favorite POLITIKO like they are rockstars. If you are the politiko, always remember, your side is always our story. Read more. Find out more. Get the latest news here before it spreads on social media. Follow and bookmark this link. https://goo.gl/SvY8Kr

Who will be the anointed one?

Archrivals Negros Oriental Gov. Roel Degamo and 2nd District Rep. George Arnaiz are both hoping to be the Liberal Party’s (LP) official candidate for governor in the 2016 elections.

Arnaiz, who is in his last term, believes it is him who will be proclaimed because his party, the Nationalist People’s Coalition (NPC), has a close union with LP.

The lawmaker said he has joined hands with the LP in Negros Oriental, headed by former Rep. Jocelyn Limkaichong, who is running again for the 1st District seat.

Limkaichong, along with former 3rd District representative and former Finance secretary Margarito Teves, tried to unseat Degamo in the 2013 elections but lost.

Degamo expressed confidence that even if he will not be the official administration candidate for governor, he will still get the backing of LP standard bearer Mar Roxas.

Both Degamo and Arnaiz both pledged their full support to Roxas.