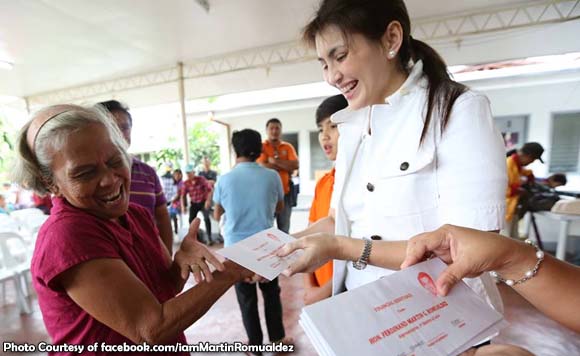 Former beauty queen Yedda Marie Kittilstvedt-Romualdez is pursuing a career hugely different from the glamorous beauty pageants she used to be competing in.

The 1996 Binibining Pilipinas-International will be running as representative of the 1st District of Leyte in lieu of her husband, incumbent Rep. Ferdinand Martin Romualdez, who is seeking a Senate seat.

Her opponent is lawyer Fiel Clemencio, an independent candidate.

Mayor Romualdez is in his last term.