Remember him? Ex-congressman Suplico gets ‘relief’ from NBI over graft case 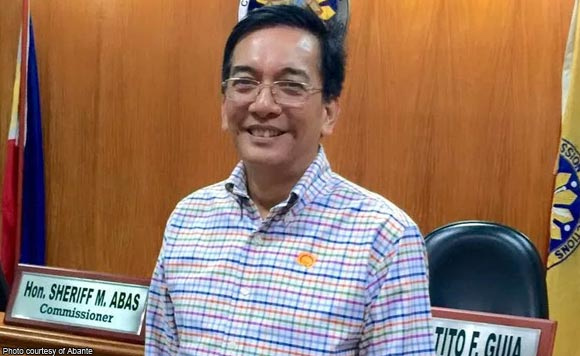 0 748
Share
Want more POLITIKO News? Get the latest newsfeed here. We publish dozens and dozens of politics-only news stories every hour. Click here to get to know more about your politiko - from trivial to crucial. it's our commitment to tell their stories. We follow your favorite POLITIKO like they are rockstars. If you are the politiko, always remember, your side is always our story. Read more. Find out more. Get the latest news here before it spreads on social media. Follow and bookmark this link. https://goo.gl/SvY8Kr

Former Congressman Rolex Suplico got some sort of relief from the National Bureau of Investigation in the graft cases filed against him.

The NBI’s Questioned Documents Laboratory Division said documents presented by the prosecution before the Sandiganbayan showed Suplico’s signatures appear to be forged.

Suplico faces charges over his Priority Development Assistance Fund in 2007 for the implementation of livelihood and development projects for the Fifth District of Iloilo (https://dailyguardian.com.ph/forgeries-ex-lawmakers-signatures-on-docs-used-in-graft-case-were-phoneys/).

Earlier, Suplico claimed he never signed the questioned documents and that his signatures were allegedly forged and superimposed.

But the NBI QDLD, in a report dated Jan. 23, 2020 and signed by QDLD chief Carolyn Moldez-Pitoy and NBI Deputy Director Ferdinand Lavin, said the alleged signatures of Suplico in eight documents presented by the prosecution as evidence were “not original handwritten signatures but scanned signatures.”

The prosecution documents the NBI examined included the letter to former Technology and Livelihood Resource Center director general Antonio Ortiz, project proposals and programs livelihood and development projects in the 5th district of Iloilo, work and financial plans for the P15-million funding of the project, and memorandum of agreement for the said project.

The NBI compared Suplico’s alleged signatures on the questioned documents with documents and identification papers the former congressman submitted to the investigating agency.

It said the tests revealed evidence of scanned images of the questioned signatures as shown by:

* absence of original handwriting ink strokes
* absence of pen pressure on the paper surface
* presence of satellite dots alongside the images of the scanned signatures
* uniformity/congruency in size and form when all the eight questioned signatures were superimposed/placed on top of each other indicating that only one model signature was used in the scanning, copying and pasting process.

The Sandiganbayan itself ordered the examination of the questioned documents upon Suplico’s motion to submit original copies of the documents to be examined by the NBI.