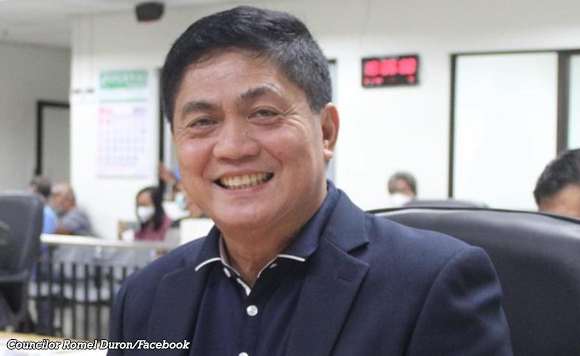 0 50
Share
Want more POLITIKO News? Get the latest newsfeed here. We publish dozens and dozens of politics-only news stories every hour. Click here to get to know more about your politiko - from trivial to crucial. it's our commitment to tell their stories. We follow your favorite POLITIKO like they are rockstars. If you are the politiko, always remember, your side is always our story. Read more. Find out more. Get the latest news here before it spreads on social media. Follow and bookmark this link. https://goo.gl/SvY8Kr

Iloilo City Councilor Romel Duron seeks the regularization of traffic aides so that they can be deputized by the Land Transportation Office (LTO).

During Wednesday’s regular session, Duron said such a measure would resolve the LTO deputation issue.

It should be noted that the transportation agency, in accordance with its guidelines, was unable to deputize the traffic aides because they are only job hires. They prefer organic or permanent government employees who are deputized to confiscate driver’s licenses and issue a Temporary Operator’s Permit. (https://bit.ly/3BTfygY)

“The problem with the LTO is they will deputize only the organic member of the government. They will not deputize job hires so that is where the problem lies,” the councilor said.

On September 14, 2022, Interior Secretary Benjamin Abalos, Jr. issued a memorandum reiterating that local governments can issue traffic citation tickets, but only the LTO and their deputized agents can confiscate driver’s licenses.

The question now, according to Duron, is whether the city government has enough money to create plantilla positions to make these traffic aides permanent.

“The ball is now in our hands to act as directed to review our ordinances in compliance with the said DILG memorandum,” he added.

Mayor Jerry Treas previously stated that due to PS Cap limitations, the city government would be unable to easily regularize all traffic aides.