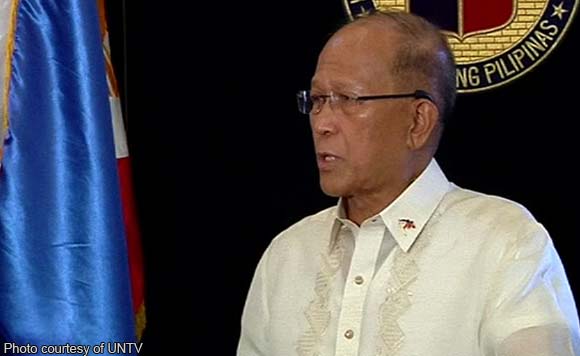 With the New People’s Army (NPA) threatening more attacks against military forces and civilian targets, Department of National Defense (DND) Secretary Delfin Lorenzana has called upon all Filipinos to unite and support the government so that this threat can be defeated.

“Under the leadership of President Rodrigo Duterte, we are closer than ever in bringing the much-needed reforms in governance and the attainment of a just and lasting peace in the country. However, there are still those who want to see us fail by sowing chaos and violence in the countryside,” Lorenzana said in a statement February 17.

“At the top of the list are members of the NPA, who extort people of their hard-earned money, burn property and equipment, and harass helpless civilians wherever they go. They rely on treachery and guile to trick the innocent into joining their misguided cause, and killing those who oppose them,” he stressed.

The DND chief added he is one with the Chief Executive in condemning the atrocities committed by the NPA, and in rightfully labelling them as terrorists.

Lorenzana said he is calling on all Filipinos to rise up against these criminals and terrorists.

“Yes, we must intensify our fight against all forms of oppression and exploitation but we must open our eyes wide to see who our real enemies are. We must frustrate them at every turn by denying them foothold in our communities and by reporting all illegal and criminal activities to the proper authorities,” he added.