Rebel charged with murder of ex-mayor nabbed after 33 years 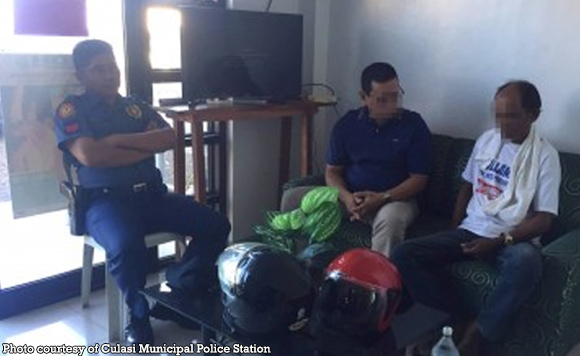 ILOILO CITY — One of the suspects in the murder of former Culasi town mayor 33 years ago was arrested on Thursday, a police official said on Saturday.

“He is one of the suspects of the slay of former Culasi mayor Paterno Javier Sr. and now an active member of the Leonardo de Guzman Command based in Mindoro,” Malong said.

A press release from the police said Fernando is one of the seven suspects in the killing of the former Culasi mayor on June 4, 1986.

The authorities have also coordinated with the Task Force to End Local Communist Armed Conflict to apprehend Fernando.

Malong said the suspect also has a pending warrant of arrest for multiple murder.

“His warrant of arrest for multiple murder has clerical error. It needs to be amended that is why it has not been served,” she said.

Malong said the suspect is currently under custody of Culasi Muncipal Police Station.