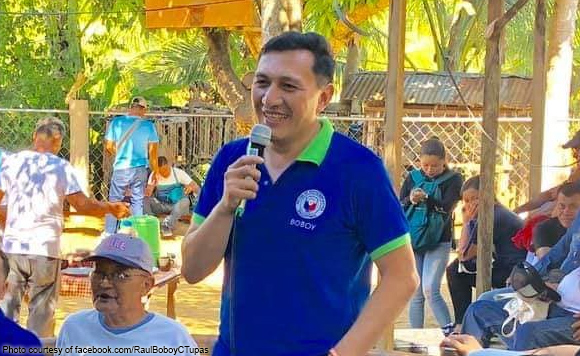 0 880
Share
Want more POLITIKO News? Get the latest newsfeed here. We publish dozens and dozens of politics-only news stories every hour. Click here to get to know more about your politiko - from trivial to crucial. it's our commitment to tell their stories. We follow your favorite POLITIKO like they are rockstars. If you are the politiko, always remember, your side is always our story. Read more. Find out more. Get the latest news here before it spreads on social media. Follow and bookmark this link. https://goo.gl/SvY8Kr

Raul was proclaimed the winning candidate by the Commission on Elections (Comelec) on Thursday, with total of 139,100 votes garnered from the towns of Carles, Lemery, Balasan, Estancia, Auy, Sara, Barotac Viejo, Conception, Balasan, San Dionisio, and Batad. Jun-jun, meanwhile, secured only 73, 783 votes.

“This is not a result we expected and worked hard for,” Jun-jun said in his Facebook post.

On the other hand, Raul said the people of the fifth district already decided and expressed his willingness to reconcile with his elder brother.

Raul and Jun-jun were not in speaking terms since 2015.

“In the past, I tried to reach out, but unfortunately, he refused. Hopefully, now that the election concluded and the people of the fifth district had already decided, I hope that the locals and even my brother respect the decision,” said Raul in an interview Thursday.

He admitted that the recent campaign for congressman had been tough as he ran against his brother.

Raul said he worked hard in order for “humility and compassion” to prevail.

“Because I know that a day will come when we will be in good terms again (with Jun-jun). We had given the people of the fifth district to decide and the result is crystal clear,” he said.

Raul will now serve his second term as fifth district representative. He vowed to continue the programs he started, which include health, education, peace and order, livelihood, employment, eco-tourism and agricultural undertakings.