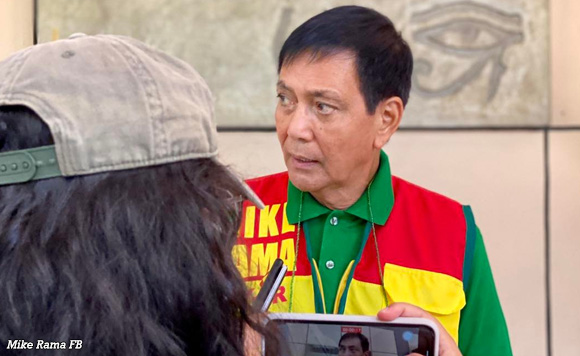 0 39
Share
Want more POLITIKO News? Get the latest newsfeed here. We publish dozens and dozens of politics-only news stories every hour. Click here to get to know more about your politiko - from trivial to crucial. it's our commitment to tell their stories. We follow your favorite POLITIKO like they are rockstars. If you are the politiko, always remember, your side is always our story. Read more. Find out more. Get the latest news here before it spreads on social media. Follow and bookmark this link. https://goo.gl/SvY8Kr

Mask restrictions in Cebu City would eventually be eased as the metro remains under Alert Level 1 until the end of June, Mayor Mike Rama said.

On Thursday, Rama said that he expected the city to maintain is alert level classification because the Covid-19 situation has not changed much over the past two weeks.

“That is no longer a matter as long as we are continuing vaccination on the way to liberation, and preventive medicine, including the wearing of face masks on a case-to-case basis,” the city mayor added. (https://bit.ly/3O0GbFE)

With the provincial government’s move of making the use of face mask optional in open and well-ventilated spaces, Rama said the trend would be for the city to go there as well.

“That would really be a natural consequence, according to him.

Rama said he would first consult the convergence group if the city should relax its face mask mandate.