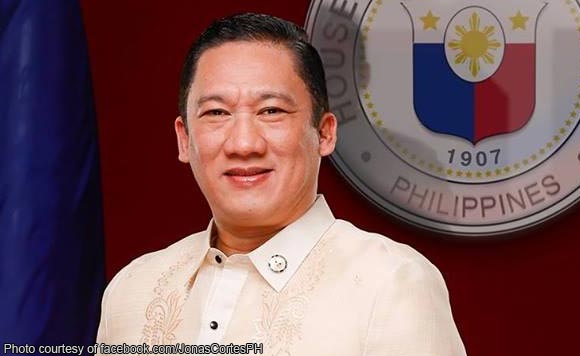 0 794
Share
Want more POLITIKO News? Get the latest newsfeed here. We publish dozens and dozens of politics-only news stories every hour. Click here to get to know more about your politiko - from trivial to crucial. it's our commitment to tell their stories. We follow your favorite POLITIKO like they are rockstars. If you are the politiko, always remember, your side is always our story. Read more. Find out more. Get the latest news here before it spreads on social media. Follow and bookmark this link. https://goo.gl/SvY8Kr

Cebu 6th District Representative Jonas Cortes and other candidates of his “Kaabag Anak sa Mandaue” (KAM) party filed their Certificates of Candidacy (COC) on Monday before the Commission on Elections (Comelec) office in Mandaue City.

Cortes, who is supporting the candidacy of 3rd District Rep. Gwendolyn Garcia in the gubernatorial race, will be running against Mandaue Mayor Luigi Quisumbing in his comeback bid with incumbent Provincial Board Member Glenn Bercede as his running mate.

Garcia, who filed her candidacy for governor last Thursday, accompanied the KAM candidates to the Comelec-Mandaue office to show her support.

KAM is also supporting the candidacies of Emmarie “Lollipop” Ouano-Dizon for a seat in the House of Representatives and her brother Thadeo Jovito Ouano and Regional Development Council (RDC) Infrastructure Committee chairman Glenn Soco for Provincial Board Members, all in the 6th District.

Dizon, Ouano, and Soco are running under the One Cebu party of Rep. Garcia, who also accompanied the three candidates to the provincial Comelec office here in Cebu City for the filing of their COCs.

If given the chance to be a member of Congress, Dizon said she will pursue Cortes’ bid to make Mandaue a lone congressional district.

Ouano and Soco, on the other hand, assured that although they were both from Mandaue, they will attend to the needs of all the local government units under the 6th District if elected as board members.

Soco was among those offered to run for vice governor with Garcia, but declined the offer as he said he can better serve his constituents as a board member. (PNA)