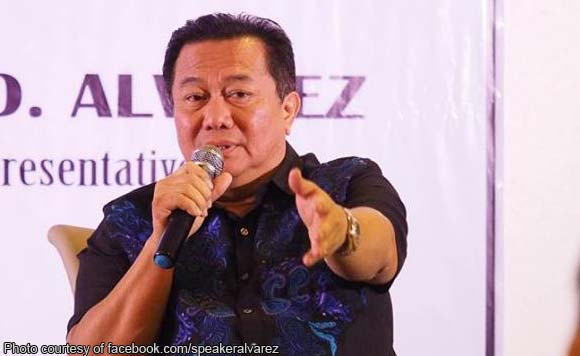 0 321
Share
Want more POLITIKO News? Get the latest newsfeed here. We publish dozens and dozens of politics-only news stories every hour. Click here to get to know more about your politiko - from trivial to crucial. it's our commitment to tell their stories. We follow your favorite POLITIKO like they are rockstars. If you are the politiko, always remember, your side is always our story. Read more. Find out more. Get the latest news here before it spreads on social media. Follow and bookmark this link. https://goo.gl/SvY8Kr

House Speaker Pantaleon Alvarez is batting for the coverage of senior citizens and persons with disabilities (PWDs) under the local absentee voting system.

Absentee voting is meant to increase participation by citizens who are in situations which prevent them to vote on election day , like government officials and employees as well as media practitioners.

The measure seeks to amend Republic Act (RA) No. 10380, or “An Act Providing for Local Absentee Voting for Media” to extend the right to vote under the local absentee voting system to PWDs and senior citizens.

“At present, there is no law granting PWDs and senior citizens the privilege to vote under local absentee voting,” noted Alvarez, who represents Davao del Norte’s first district.

Under the bill, the Comelec is given 60 days from the effectivity of the act to promulgate the necessary implementing rules and regulations.

Implementation of the absentee voting system in the country began through Executive Order No. 157, series of 1987, issued by the late President Corazon Aquino. #