Puentevella: ‘I have the awesome power of an incumbent’ 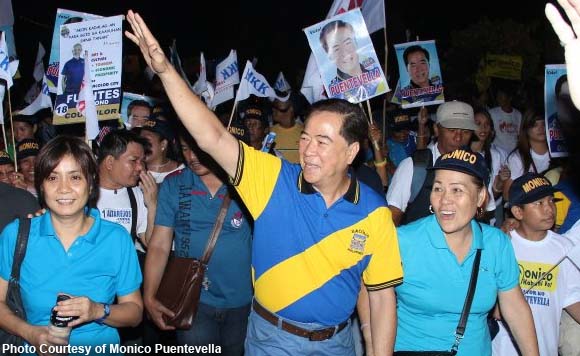 In fact,  he has likened himself to Floyd Mayweather, Jr., Rocky Balboa, and the late action star Fernando Poe, Jr.

“I am the defending champion here. I am like Floyd Mayweather or Rocky Balboa, and sometimes Fernando Poe Jr. who is (sic) beaten, but still fighting to outsmart his opponent,” Puentevella was quoted in a Sunstar report.

He said he has realized the “awesome power of an incumbent mayor.”

“As an incumbent mayor, I have realized the awesome power of an incumbent. But I must also respect the challenge of our good competitor. Let the people decide,” Puentevella pointed out.

“If you sit as an incumbent performing mayor, you have several advantages from the challenger. The only way they can neutralize me is to engage in mudslinging and I already expected that,” he added.

A three-term lawmaker, Puentevella won his first term as mayor in the 2013 elections as an independent candidate.

He, however, faces a 90-day suspension over an ongoing graft case, allegedly involving the misuse of Priority Development Assistance Fund worth P26 million.