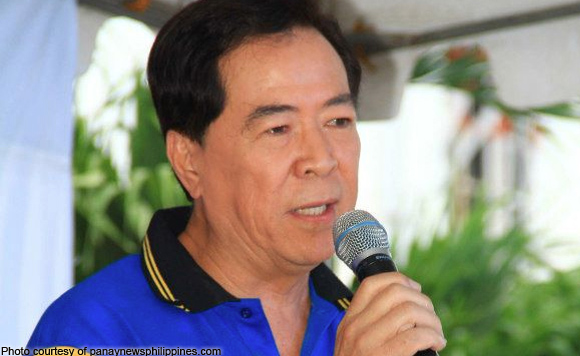 After being chosen to become a principal sponsor at a friend’s wedding, graft accused Bacolod City Mayor Monico Puentevella has sought permission from the Sandiganbayan Fourth Division to allow him to travel to Hong Kong from January 21 to 25.

His lawyer, Atty. Redemptor Peig, informed the court that Puentevella has been invited by the bride herself, , Catherine Sofia Francisco Herrera, whom the accused has known since 2001 and have been good friends since then.

“Accused Puentevella agreed to be a principal sponsor for the couple’s wedding,” read the motion filed by the counsel.

Puentevella has been charged with graft over the alleged overpriced purchase of computers amounting to P26 million using his Priority Development Assistance Fund (PDAF) from 2002 to 2006 when he was still a congressman.

“He is not a flight risk and he has all the intention to stay in the country to protect the interests of the (Bacolod) City and the people he swore to serve,” Peig told the court. assured.

Peig also informed the Fourth Division a travel authority has been requested from the Department of Interior and Local Government (DILG) and will be present before once it becomes available.