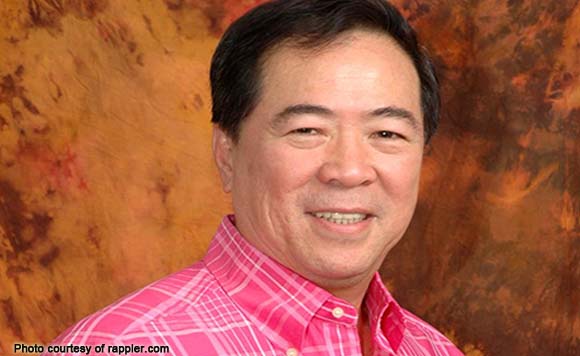 Suspended Bacolod City Mayor Monico Puentevella has appealed to his detractors to spare his family from what he called as “dirty tactics” ahead of next year’s elections.

“I can gladly accept all their attacks because I am a warrior. But my children have nothing to do with what they throw to them. They even laughed at my wife Patching (Josefa) when she cried. They hit my son Rocky and Claudio (Kalaw) unfairly. Why don’t we fight clean as we are leaders and supposedly should act as role models?” he said in a report by Sun.Star Bacolod.

Puentevella is currently serving a 90-day suspension for a graft case involving the procurement of overpriced computers worth P26 million through his pork barrel allocation when he was congressman.

He dismissed the graft case as mere political harassment, an assertion his 2016 challenger Bacolod Representative Evelio Leonardia could not accept.

“This is already a legal matter that he has to face squarely. This is now beyond politics after the Ombudsman and the Sandiganbayan had taken jurisdiction,” Leonardia said.

“To keep claiming that this is just politics is making a mockery of our judicial system,” he added.

Puentevella expressed optimism he will be acquitted by the Sandiganbayan.