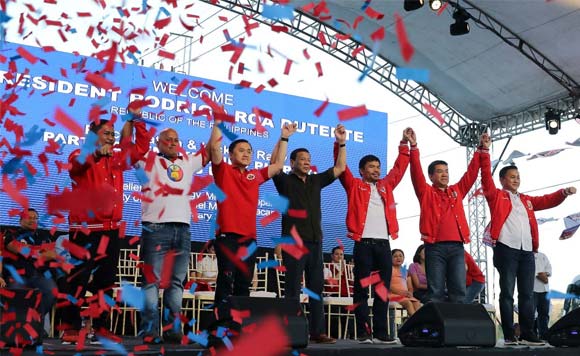 CEBU CITY – The Kilusang Pagbabago (KP) in the Visayas will be throwing its support to seven senatorial candidates of the administration in the coming May 2019 elections.

Kilusang Pagbabago Visayas lead convenor, Doris Isubal-Mongaya, said in an interview Monday that KP, the grassroots movement of supporters of President Rodrigo Duterte, looks forward to the realization of federalism and anti-poverty programs of the administration when these seven candidates join the Senate.

She said KP-Visayas will be campaigning for Mangudadatu because of his efforts for peace in Mindanao, justice for the SAF 44 as well as the Ampatuan massacre victims, and protection of journalists.

Four members of the Mangudadatu family died along with 34 journalists. Dong is the brother of Maguindanao Governor Ismael “Toto” Mangudadatu, whose wife Genalyn Mangudadatu led the group that was massacred on Nov. 23, 2009.

The decision to support the seven senatoriables was finalized during the KP Visayas Political Summit, which was attended by 100 KP leaders and presided by Mongaya in Cebu City last week at the Cebu provincial capitol.

The line-up could have been eight had former presidential spokesman Harry Roque not withdrawn from the senatorial race because of health reasons, she said.

According to Mongaya, KP-Visayas, which has 400,000 members, will align with the individual campaign sorties of the candidates in different communities in the Visayas, where there are active KP chapters.

Kilusang Pagbabago-Visayas will soon announce its major mobilizations in the Visayas provinces. It is also set to launch a Visayas-wide Internet radio project, Mongaya said. (PNA)