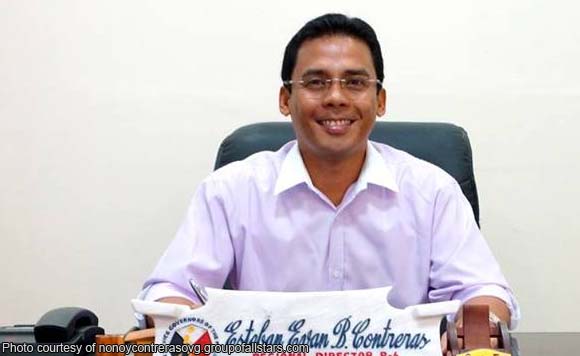 0 420
Share
Want more POLITIKO News? Get the latest newsfeed here. We publish dozens and dozens of politics-only news stories every hour. Click here to get to know more about your politiko - from trivial to crucial. it's our commitment to tell their stories. We follow your favorite POLITIKO like they are rockstars. If you are the politiko, always remember, your side is always our story. Read more. Find out more. Get the latest news here before it spreads on social media. Follow and bookmark this link. https://goo.gl/SvY8Kr

Contreras said the Liberal Party-National Unity Party (LP-NUP) has asked him to run for re-election instead while Del Rosario will run for governor.

“Who am I to say no?” the vice governor said in a Panay News article.

Apologizing to his supporters, Contreras pointed out that he sacrificed his political plans to keep the LP in Capiz united for the candidacy of LP presidential candidate Mar Roxas.

Capiz is a known bailiwick of the Roxases.

Contreras revealed that his father, former Capiz Gov. Esteban Contreras also talked him into sacrificing his bid for governor.

The Roxases, he added, also did their part in convincing him.

He stressed sacrificing his ambition to become governor for now is “worth it.”

Contreras has long been groomed to replace outgoing Gov. Vic Tanco, who is also with LP.

He first ran for vice governor in 2010, and was unopposed in the 2013 elections.