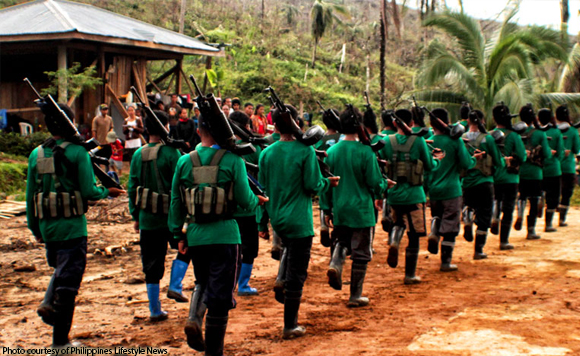 0 1,890
Share
Want more POLITIKO News? Get the latest newsfeed here. We publish dozens and dozens of politics-only news stories every hour. Click here to get to know more about your politiko - from trivial to crucial. it's our commitment to tell their stories. We follow your favorite POLITIKO like they are rockstars. If you are the politiko, always remember, your side is always our story. Read more. Find out more. Get the latest news here before it spreads on social media. Follow and bookmark this link. https://goo.gl/SvY8Kr

At least 15 winning candidates in the May 13 midterm polls in Iloilo and Capiz provinces may be charged with violating Republic Act (RA) 10168 or the Terrorism Financing Prevention and Suppression Act of 2012.

They allegedly gave permit to campaign fees to the New People’s Army (NPA), according to the Philippine Army.

Fifteen of them won either as mayors or members of the Sangguniang Bayan in said provinces, added Batara in a Panay News article.

“For the past months, there were candidates consistently monitored to have been giving support to the NPA, including some candidates who gave in on the rebels’ ‘permit to win’ and ‘permit to campaign’ (fees),” he said.

“We continue our monitoring of these officials and if we have gathered enough concrete evidence, there would be appropriate charges to be filed against them.”

RA 10168 prohibits the giving of funds to terrorist organizations. Section Section 4 of the law penalizes any person found guilty of terrorist financing with the penalty of reclusion temporal in its maximum period to reclusion perpetua and a fine of at least P500,000.